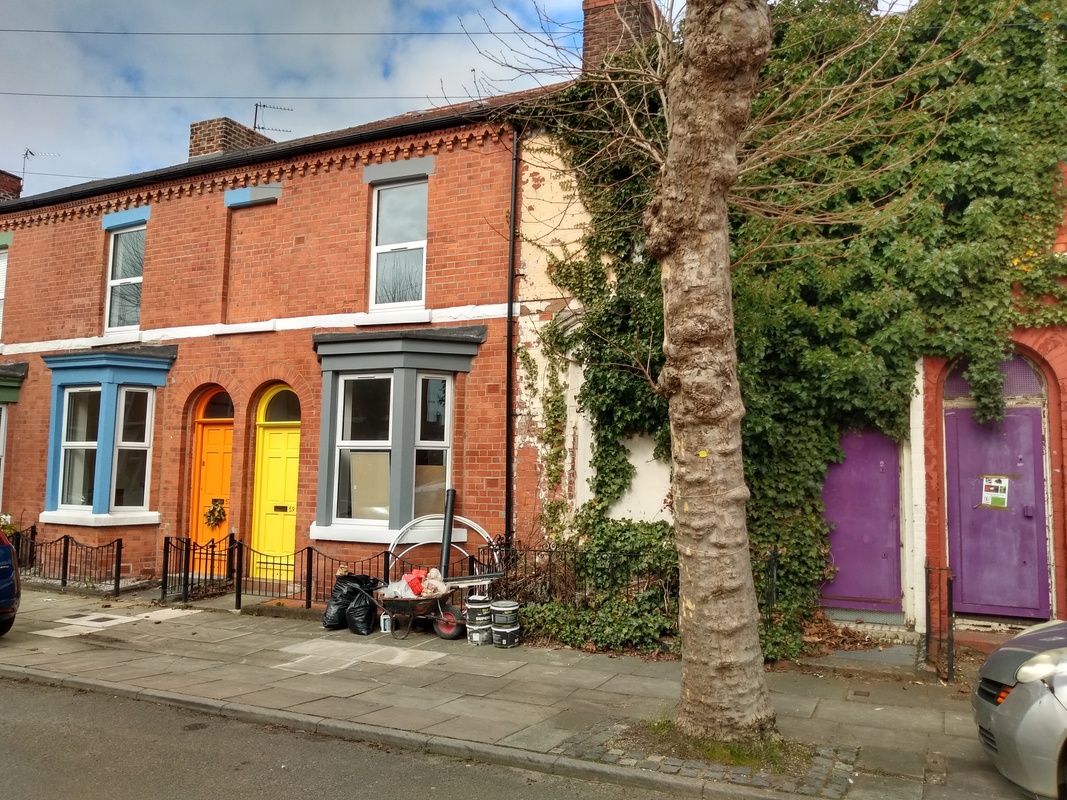 Matt Thompson is currently a Leverhulme Early Career Fellow at the Heseltine Institute for Public Policy, Practice and Place at the University of Liverpool, where he is researching the emerging global urban movement new municipalism and its intersections with economic democracy. As a recovering urban planner, his research interests span critical urban theory, cooperative economies, social innovation, urban regeneration and community-led housing. Matt’s PhD on Liverpool’s history of collective alternatives to public housing has recently been published by Liverpool University Press as an open access book.

In 2015 the architecture collective Assemble were awarded the Turner Prize for their creative work with the Granby Four Streets Community Land Trust in Liverpool. This was the very first time a ‘non-artist’ had ever won the prestigious national art award. Up against the usual (dis)array of avant-garde nominees, Granby and Assemble were bemused to be shortlisted by the judges for a prize that recognises cutting-edge interventions in the visual and material arts – but not so much community architecture or housing regeneration. What had regenerating housing in a self-consciously amateur and participatory ‘do-it-together’ approach that decentred the role of the architect and foregrounded residents as the collective artist got to do with art?

Thus ensued a media debate about the function of art and the merits of rendering interventions in the built environment as artistic spectacles. There was something both wondrous and deeply problematic about the way in which these four streets (saved from demolition by their few remaining inhabitants, the majority having been forced out years ago by urban decline and state-led demolition threats) had been turned into a work of art through spontaneous acts of ‘guerrilla gardening’.

Tricky questions were raised about the changing role of art in society; about why the prize had been awarded to Assemble rather than the residents who’d worked hard to transform their neighbourhood for years before the trendy collective arrived on the scene from London; why it had been left to citizens and artists to regenerate public space and renovate housing, much of it ex-council and now owned by housing associations, when this is more obviously and historically the responsibility of the state; and what this controversial categorisation as art says about our approach to providing shelter under capitalism.

When the news broke of Granby’s Turner Prize victory, I’d been observing the project for a number of years as part of my PhD. Five years later, in 2020, that research has finally been published in expanded form as a new open access book Reconstructing Public Housing. This brings to light for the first time Liverpool’s hidden history of collective housing alternatives – that is, community-led alternatives to public housing; alternatives which demonstrate how housing and neighbourhood governance could be done differently, more imaginatively and democratically.

In recent years, I’ve been more involved with Homebaked – Granby’s counterpart Community Land Trust (CLT) in Anfield. As a participant-observer on the CLT board, I worked closely with activists and residents on how to turn their vision for a revitalised local high street of community-owned enterprise and cooperative housing into a reality. Witnessing at first hand the travails of a small community project to bring creative ideas to fruition, I was impressed by the energy and commitment invested but so too exasperated by the barriers imposed by policy and bureaucracy and the sheer complexity of coordinating so many actors and interests towards a common goal. There was a sense we were reinventing the wheel; that surely all this had been done before and it was merely a matter of finding out how.

That was one impetus for writing Reconstructing Public Housing. I wanted to show how similar things had been done in the not-too-distant past, in the same city, often in the very same street, by other collective housing movements that shared so much, if not their name, with Liverpool’s budding CLT movement.

In the 1970s, fuelled by tenant protests over poor conditions and the displacement entailed by the council’s ‘slum clearance programme’, one of Britain’s largest housing co-operative movements was born – Liverpool’s so-called ‘Co-op Spring’ or ‘Co-operative Revolution.’ With unprecedented levels of resident participation and democratic decision-making in all aspects of housing design, development, ownership and management, the new-build co-op movement was heralded at the time as a possible (but ultimately unworkable, thanks to Thatcher) paradigm shift towards ‘Public Housing 2.0’. Some 50 housing co-ops can still be found across Merseyside to this day.

Many of the initial wave of rehab co-ops were developed in and around Granby – a neighbourhood earmarked in the ‘slum clearance programme’ but saved from demolition by the Shelter Neighbourhood Action Project (SNAP) of 1969–72. SNAP pioneered the participatory regeneration processes now taken for granted as best practice – and prefigured much of the work of the Community Development Projects established shortly after across the UK. SNAP activists went on to found rehab co-ops and set up the secondary cooperative development agencies which would provide vital support for the rapid growth of new-build co-ops across Merseyside. Working in the last remaining four streets of Victorian terraces first saved by SNAP, activists today see Granby Four Streets’ CLT as finishing the work that SNAP started.

Reconstructing Public Housing tells the stories of the people and movements involved in bringing co-ops and CLTs to life and how those models in turn reshaped Liverpool’s social, political and urban environments. But what caused these collective alternatives to flourish when they did? Was it just a sign of the times; a factor of contextual conditions embedded in place? Or, does it have something to do with the specific legal and institutional designs of the co-op and CLT models themselves? Why did all this happen in Liverpool of all places? Can it be replicated elsewhere? And can collective housing alternatives be mainstreamed to revitalise public housing or are they fated to remain marginal, bespoke solutions to specific urban problems? These are some of the critical questions I ask – and attempt to answer – in the book.

A virtual book launch of Reconstructing Public Housing will take place on 10th December 2020 at 4pm which you are all warmly invited to attend. More info and registration here.