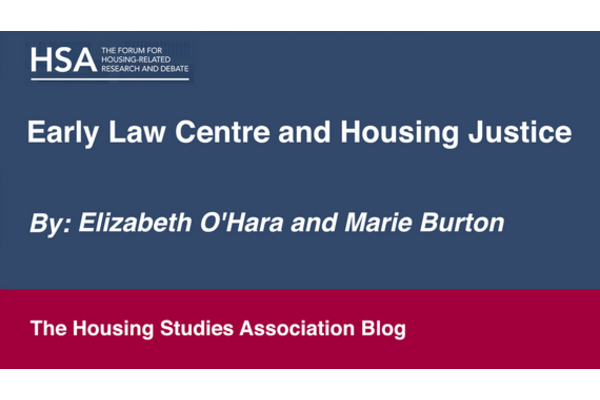 In this blog Elizabeth O’Hara and Marie Burton reflect on the relevance of early Law Centres for the housing sector today.
1 Jul 2022 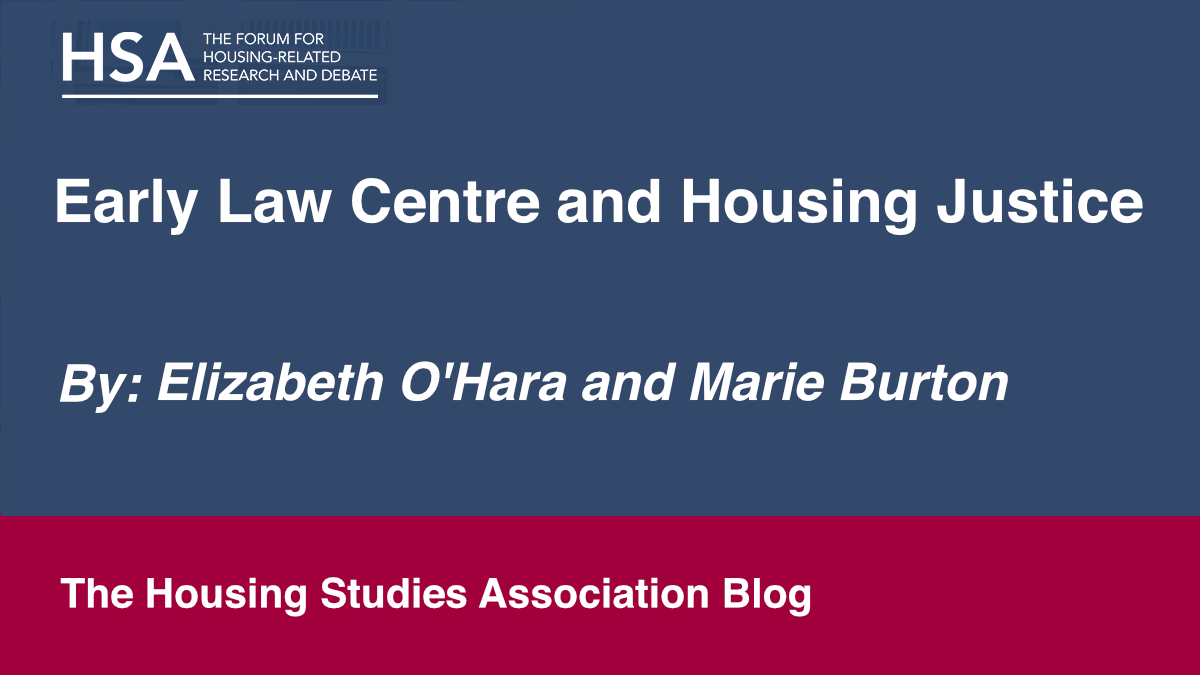 Oxford University’s Centre for Socio-Legal Studies is undertaking research into the Law Centre movement.  Elizabeth O’Hara and Marie Burton reflect on the relevance of early Law Centres for the housing sector today.

For over 50 years, Law Centres have provided legal services to those who can’t afford to pay for a lawyer. These not-for-profit services emerged in the UK in the 1970s, taking on housing cases as a core element of their work. They fought illegal evictions, challenged poor conditions and were the early pioneers of what was later to become mainstream housing legal practice.

Oxford University’s Centre for Socio-Legal Studies is documenting the way in which Law Centres developed areas of legal practice relevant to poor and disadvantaged communities. Enhancing Democratic Habits: An oral history of the Law Centres movement is recording the experiences of those who worked in the early Law Centres.

The emergence of Law Centres in the 1970s signalled a shift in the way housing disputes were addressed. Housing lawyers as we know them today didn’t exist prior to this time; they were a new breed of ‘legal battler’, using the law for the benefit of those at the harsh end of the housing spectrum. Housing injustices such as illegal eviction and harassment very often had a legal remedy, but it was rare for tenants to use it to resolve their problems.[1]

Scarcely any solicitors practised in the law as it affected those on low incomes. Legal firms tended to specialise in property and conveyancing and were overwhelmingly based in more affluent areas, serving landlords rather than tenants.[2] In contrast, the early Law Centres sprung up in the deprived areas of North Kensington, Paddington, Cardiff and Brent. They collaborated with local communities searching for ways to defend themselves legally. Taking on housing casework, these lawyers defended possession proceedings and exposed sham tenancy agreements; sought emergency injunctions to allow those evicted back into their homes and set up duty schemes on possession days in county courts. And they did so free of charge.[3]

Until this time, judges had known very little about the lived experience of tenants as cases had rarely been contested in front of them. As a result of law centre activity, the judiciary began to understand more about housing disputes from a tenant viewpoint. At the same time, the communities gained an increased awareness of their legal rights. These trailblazing Law Centres championed housing law as a specialism and established housing work as part of mainstream legal aid practice.

Although much has changed since the 1970s, troubling continuities remain. The context for Law Centres and other not for profit advice providers is complex. Legal aid has been cut to the bone. Surveys of legal need show that there are those with housing problems who seek help but don’t find it. Government policy favours non-legal remedies; tenants are encouraged to use complaints procedures to resolve disputes. It has become harder to access legal solutions, even though the law still offers important protections to those experiencing housing injustices. By recording the stories of those involved in the early Law Centre movement, the Oxford research project reminds us that communities and lawyers can unite to defend housing rights, even in bleak situations and against the policy direction of travel.

Elizabeth O’Hara is a housing practitioner and member of the Housing Studies Association Executive Committee. Marie Burton is a Senior Research Fellow in the Centre for Socio-Legal Studies at the University of Oxford. Both Marie and Elizabeth have a background in Law Centre housing teams.

Note: Enhancing Democratic Habits: an oral history of the Law Centres movement is an AHRC-funded project. It is a collaboration between the Centre for Socio-Legal Studies at Oxford University, Queens University Belfast and the British Library/National Life Stories.