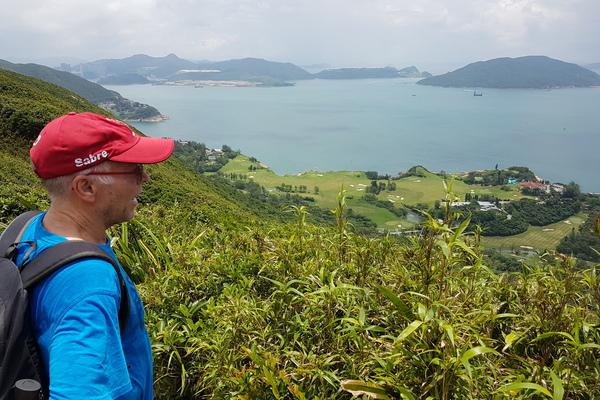 It is with great sadness that the Housing Studies Association informs its members and friends that Ray Forrest – Professor at Lingnan University (Hong Kong) and Emeritus Professor at the University of Bristol (UK) – passed away on the 16th January 2020. Ray’s contribution to housing and urban studies needs little introduction as his ground-breaking research and publications are held in high esteem internationally. Here, Professor Alex Marsh, friend and colleague of the late Ray Forrest, pays tribute to the work and life of an exceptional scholar.

Ray Forrest, who has died at the age of 68, was an inspirational scholar whose research and academic leadership profoundly shaped the fields of housing and urban studies globally.

Ray’s early programme of work, alongside Alan Murie, on the privatisation and commodification of public housing under the Right to Buy is the paradigmatic example of sustained, critical engagement with an evolving policy agenda of profound social significance. Their monograph Selling the Welfare State is a landmark in housing studies. But the project was much more than that: Forrest and Murie reflected upon the Right to Buy experience to draw out broader questions about social divisions and spatial dynamics that presented challenges back to the disciplines of sociology and geography.

The breadth of Ray’s intellectual horizon was at times bewildering. Whatever recently published and obscurely tangential paper I unearthed, Ray had almost certainly already fully digested it. He was fascinated by what was happening now and next – both theoretically and out in the real world. Ray’s approach to housing and urban studies was unapologetically outward-looking and in tune with broader intellectual developments. In addition, he was committed – in a way that relatively few housing scholars are – to the belief that work done in the field has important things to contribute to core disciplinary debates in the social sciences. His work intentionally spoke directly to these broader audiences.

Ray had a knack for identifying the issue of the moment and then immediately beginning to grapple with it. He was frequently ahead of the curve and his interventions were therefore often hugely influential. Following his work on the Right to Buy he pursued a succession of pressing and timely topics: struggling home owners, ageing and negative equity in the 1990s; neighbourhoods and social cohesion in the early 2000s; the impact of the global financial crisis on housing in the late 2000s; housing and the super-rich in the 2010s; an ongoing research programme in housing assets and intergenerational relations. His recent work included revitalising the topic of urban managerialism; exposing the contradictions of the neoliberal project in housing; and exploring the commodification of the city. Over time the geographical focus of his work expanded and his interest in global housing - and East Asia in particular - strengthened. But he never lost interest in, or touch with, what was happening in UK housing.

Collaboration was central to Ray’s research philosophy. He collaborated with colleagues from many institutions and across continents. This included collaborating with several of his former doctoral students who had gone on to forge their own successful academic careers. Some collaborations were topic-specific and time-limited; others were many-stranded and still going strong after decades. My experience of collaborating with Ray, both on research and writing, was that he was always engaged, unfailingly energetic, and driven by insatiable curiosity. Pinning him down to the spot for more than five minutes was a challenge. He powered through his to-do lists with laser focus, but with good humour.

Not only did Ray make an enormous contribution to housing and urban research but also to the institutional architecture of our field. Three examples particularly stand out. He was one of the small group of friends and colleagues who founded the journal Housing Studies in the mid-1980s. He subsequently acted as chair of the Management Board and, between 2005-2008, as a Managing Editor. Ray was also a founding member of, tireless champion for, the Asia Pacific Network for Housing Research. And he was a great believer in bringing people together to facilitate intellectual exchange. He was almost invariably cooking up a plan to organise a panel, workshop, symposium or international conference. His reputation, diplomatic skills and dynamism allowed him to assemble stellar events: these not only initiated conversations and built networks but as often as not yielded a special issue, edited collection or new writing collaboration.

Ray was born in Edinburgh in April 1951 and educated at Daniel Stewart’s College and Heriot-Watt University. He moved south to Birmingham in 1971: first to complete a postgraduate diploma at Aston University and then a research Masters in Urban and Regional Studies at the University of Birmingham. He spent six years as a researcher at Birmingham, including working on the legendary housing systems programme, before moving to Bristol in 1981.

At Bristol Ray hit his research stride: he delivered a remarkable series of research projects, usually in collaboration with colleagues, and a formidable portfolio of publications. He was appointed as Professor of Urban Studies, at the School for Advanced Urban Studies, in 1994. After SAUS was absorbed into the School for Policy Studies Ray acted as School Research Director before becoming Head of School, 2001-2004. This coincided with his role as Co-Director, with Ade Kearns of Glasgow University, of the ESRC Centre for Neighbourhood Research. Ray then went on to found and co/direct the University of Bristol’s Centre for East Asian Studies, 2004-2008.

Since the 1990s Ray had developed strong connections with higher education institutions in Hong Kong and after leaving the University of Bristol in 2012 he took up the role of Chair Professor of Housing and Urban Studies and Head of the Department of Public Policy at City University of Hong Kong. This was a fruitful research period for Ray, but the role also represented a significant managerial commitment. In 2017 he decided to move to Lingnan University, Hong Kong, to the role of Research Professor in Cities and Social Change. He was the first ever Research Professor appointed by the university.

Ray Forrest’s contribution to the field of housing and urban studies – which can only be outlined here – is incalculable. He enthused generations of students, particularly his numerous doctoral students. He was an inspirational intellectual leader. He was also a pleasure to spend time with – either in work or in the pub. He was always a genial host to the many members of his extensive academic network who passed through Hong Kong. Ray was a human dynamo who seemed bulletproof. I certainly thought of him that way. But he wasn’t. And our community is in shock that he leaves us too soon.

Ray is survived by his wife, Jacqui, and children, Robert and Hana.