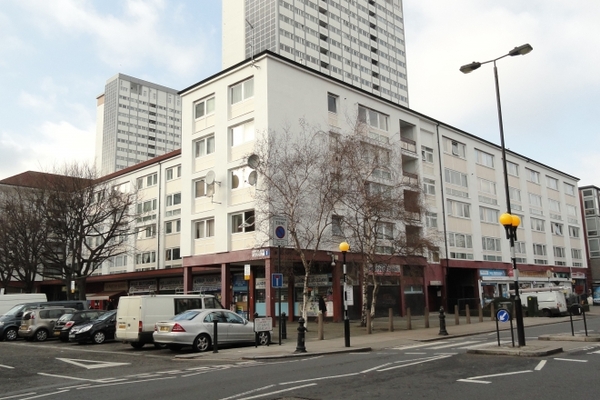 Rowland Atkinson and Keith Jacobs introduce their new book 'What do we know and what should we do about housing?'
13 Feb 2020
Blog

In this blog, Rowland Atkinson (University of Sheffield) and Keith Jacobs (University of Tasmania), reflect on the housing crisis in the context of their forthcoming book which considers the political challenge confronting proposals for necessary interventions.

Over the last 10 or so years, there have been plenty of books and articles that have sought to diagnose the housing crisis and also put forward solutions to help tackle its worst social impacts.

The prevailing view, in many sections of the media, but also within government, is that the UK housing crisis is so complex and multifaceted that solutions are hard to come by. This narrative is well known to us. Any policy initiatives that lead to a fall in house prices are identified as being detrimental to the economy. Policies we might use to increase the supply of public housing are seen as being too expensive. Any controls or regulations on private landlords are argued to stymie the supply of rented housing. Planning controls inhibit new housing development and should therefore be relaxed. Aspiring homeowners require financial support to help them buy a property. These debates and propositions have echoed around the housing policy landscape for many years, but how can we see through these and identify clearly who is at fault and what can be done if we really want to address the crisis?

In our new book What do we know and what should we do about housing? we try to rid ourselves of the notion that the current UK housing system is in crisis, encouraging readers to consider it as an instrument or vehicle that successfully generates profits for homeowners, banks, developers and landlord investors.  We also dispense with any suggestion that the high cost of UK housing is a temporary aberration that will soon return to some market equilibrium. Instead, we point out the ways that powerful vested interests steer government policy to ensure that housing, planning and taxation policies do not undermine their capacity to generate profit.

Commercial lobbyists are skilful in the way they present their arguments. They pay lip service to housing affordability concerns by proposing housing solutions that appear measured and sensible but in the knowledge that they will have little impact. Much of the advice they offer to government is entirely self-serving; for example, calling for the removal of planning controls and demanding that more cash is set aside to help first-time buyers and for-profit private sector companies. We explain that housing developers and large volume housebuilders are reliant on a business model that requires a shortage of housing and therefore have no reason to support a large increase in supply. They, and indeed many owners, expect to see the value of their investment increase over time. They will therefore oppose any policy that, they consider, might lead to a fall in rents and house prices.

We show that the increased commodification of housing and private indebtedness are the major reasons why so many low income householders struggle to find suitable and secure accommodation. Tens of thousands of council homes have been sold-off, low interests rates and eager lenders have seen many become highly indebted owners, as prices race away from them, or becoming landlords based on their own increasing housing wealth. These trends have seen inequalities become much more entrenched between those who own their homes and have capital, and those who have little if any such stake or assets. Owners and landlords have become wealthy, as have developers, while renters have almost nothing in comparison. Housing has become a dividing and divisive issue in the UK. Any government housing policy that does not address the drivers that sustain this inequality will be ineffectual.  We also explain the negative economic impacts when households spend too much of their income on the costs of their homes. First time homeowners and private tenants who incur large debts or rent have less income to spend on other items such as consumer goods and services, such as holidays, but also, in an increasing number of cases, a range of everyday costs. Households who incur large debts eventually need to reduce their expenditure to repay their loan and so any rise in interest rates could lead to acute financial hardship and even the loss of a home.

We put forward ways that government policy can address housing inequality: including changes to the tax system to disincentivise speculative investment and private landlordism; increase funding to local authorities; and establish new planning powers to nationalise land as sites for public housing. In making this case, we recognise that radical housing reforms will be opposed by those who currently profit from the system as it currently operates. Yet the case for major reform is compelling. Given the interests at stake among owners, landlords, developers and banks, we believe that the crisis will continue and that government action will continue to protect these interests while offering periodic assessments that the system is broken, that planning needs reforming or that buyers are being locked out. Without a more honest assessment and more obviously effective action to redistribute property outlined in influential assessments we will be in the same position in a decade’s time, even if the human cost of the crisis is almost too much to bear.

What do we know and what should we do about Housing, will be published by SAGE on the 7th March - https://uk.sagepub.com/en-gb/eur/what-do-we-know-and-what-should-we-do-about-housing/book265575