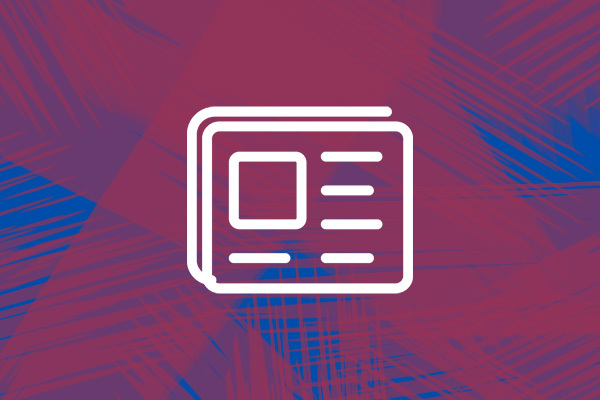 Edith England, a Doctoral candidate in the School of Geography and Planning at Cardiff University, develops the concept of ‘multiple exclusion homelessness’ and examines interactions between homeless service providers and homeless people.

Homelessness is rising across Europe, placing increasing pressure on scarce resources (Alden, 2015; Serme-Morin, 2017). Some groups of homeless people have always been seen as particularly suspect, stigmatised, and ultimately less deserving (Horsell, 2006; Pleace, 1998). Recent scholarship has further considered how complex, multiple needs among homeless people can interact to produce deep exclusion (Fitzpatrick et al, 2013; Shelton et al, 2012; Tsai et al, 2013). Further, a sense of “unwelcomeness” is known to contribute to disengagement from services (Puwar, 2004). However, relatively little interest has been shown in how those with more complex, hard to meet, needs, and those widely stigmatised by society as a whole, experience homelessness services (Mackie, Thomas & Bibbings, 2017; Dwyer et al, 2015; Cramer, 2005).

There is also a growing suspicion that differences in service experiences may be magnified by the individual actions of frontline workers making key decisions. In a homelessness context, a need to manage increasing resource scarcity (including casework time), has been argued to be a key factor in determining decision making by homelessness staff (Lidstone, 1994). In common with other “street level bureaucrats” (Lipsky, 1980), homelessness officers are understood to be operating within a social context, influenced by wider ideas and prejudices, and particularly affected by a dominant cultural understanding of homelessness as arising from individual culpability rather than structural misfortune (Pleace, 1998; Carlen, 1994; Horsell, 2006; Carr & Hunter, 2008). This leads to concern that such constructions of certain homeless people are influencing resource allocation decisions, with applicants who appear relatively more “sympathetic” or “correctly vulnerable” potentially privileged in terms of resources and services (Cramer, 2005; Bretherton et al, 2013). However more poorly understood is whether this interacts with specific vulnerabilities within the homelessness population to give rise to discrete differences in service experiences (Dwyer et al, 2015). There exists relatively little direct evidence that the social perspective of individual frontline workers alone is a significant factor in affecting application outcome.

For instance, while Cramer (2005) found evidence that women who behaved in a more traditionally gendered way while accessing homelessness services received better support, this was closely linked with resource availability: it was also the case that for “transgressive” women, who displayed violence or chaotic behaviour, there was a severe shortage of hostel spaces. This was in marked contrast to men displaying similar behaviour for whom a choice of accommodation existed. Thus structural limitations on resources available to certain groups was a determining factor in the quality of their service experiences. Similarly, while Alden (2015) found evidence of negative discretion affecting homelessness decisions, this was itself directed by higher level pressures: resource shortage and targets.

This study set out to test the hypothesis that the actions of street level bureaucrats differentially impact upon the service experiences of those with particular adverse experiences. Drawing on a rare, large-scale quantitative survey of 480 single homeless people from across the UK, we investigated the relationship between adversity, and perceptions of service experience. Participants were asked to identify adverse experiences in several different domains, including early adversity, mental and physical ill-health, experience of violence, substance misuse, and institutionalisation. Then, participants were asked two questions about their service experience: first, how they felt the local council workers had treated them; and second how helpful they had found the council workers. The project did not directly or objectively assess how much help, or of what kind, was actually received.

Following the methodology developed by Fitzpatrick et al (2013), a cluster analysis was performed. This gave rise to five clusters which were similar, though not identical, to those found in the Fitzpatrick et al study. There was a low-support needs group (in which migrants were over-represented), a group with disproportionate experience of mental ill–health coupled with early adversity and victimisation, and a group with high rates of alcohol use all having corresponding clusters in Fitzpatrick et al’s work. A fourth group, with extremely high rates of drug use, seemed to emerge specifically from this study, possibly a result of the different, broader, sampling strategy. Finally, as in Fitzpatrick et al (2013), there existed a cluster with extremely complex and deeply embedded needs, beginning in childhood.

If it is the case that street level bureaucrats within homelessness are differentiating between particular groups in terms of the quality of service that they are offering, this might be expected to be reflected in differences in the reported service experiences between the clusters. This effect would further be likely to be particularly profound for some groups. For instance, given the widespread stigmatisation of drug use, especially among homeless people, those from the cluster where drug use was nearly universal might have been expected to have poorer experiences.

However, this was not the case: there was no significant difference between how any of the different groups experienced service interaction.

Interpreting these results is complex and ongoing. In particular, we do not claim that there was no objective difference in the actual service or provision received by these groups. Additionally, service experiences are heavily dependent upon expectations: a group which has poor expectations of good treatment (which might, for instance, apply to the group with complex, longstanding, needs), might well be more generous in their ratings. Finally, there was some evidence of differences between groups; however these were non-significant. It is possible that a larger sample size would have resulted in results that were significant: an argument for more research in this area.

However, overall the findings do not lend support to the hypothesis that homelessness officers, as Lipskyian street level bureaucrats, are treating those whose presentations reflect particular experiences worse than others; nor that homelessness offices are particularly unwelcome spaces for certain groups of homeless individuals. This suggests that we may need to look beyond the actions of individual workers, and particularly to a consideration of societal and structural factors, to explain why certain groups of homeless people may fare worse than others.

Bretherton J, Hunter C and Johnsen S. (2013) “You can judge them on how they look…”: homelessness officers, medical evidence and decision-making in England. European Journal of Homelessness 7: 69-92.

Carlen P. (1994) The Governance of Homelessness: Legality, Lore and Lexicon in the Agency-maintainance of Youth Homelessness. Critical Social Policy 41: 18-35.

Carr H and Hunter C. (2008) Managing vulnerability: homelessness law and the interplay of the social, the political and the technical. Journal of Social Welfare & Family Law 30: 293-307.

Kuhn R and Culhane DP. (1998) Applying cluster analysis to test a typology of homelessness by pattern of shelter utilization: Results from the analysis of administrative data. American journal of community psychology 26: 207-232.

Mackie P, Thomas I and Bibbings J. (2017b) Homelessness prevention: Reflecting on a year of pioneering Welsh legislation in practice. European Journal of Homelessness 11: 81-107.