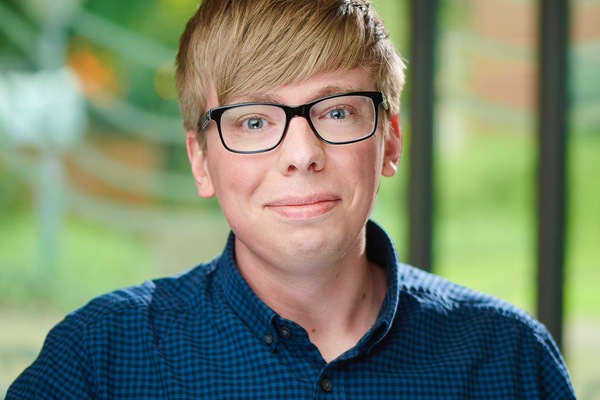 The Professionalisation of Short-Term Letting in London

In this blog, Dr Tom Simcock – a Research Fellow at Edge Hill University – draws upon his HSA conference paper to examine the professionalisation of ‘home-sharing’ on new online platforms such as Airbnb.

Short-term letting of homes is becoming more and more prevalent. In 2017-18, around 2.8 million households across England casually let part of or their entire home on platforms such as Airbnb, with 640,000 households casually letting their home in London alone (MHCLG, 2019).

These activities and platforms are part of the ‘sharing economy’, where technological advances are enabling changes in how we utilise and exchange assets and services. The ethos of this new economy was to allow people to share excess capacity in their assets (e.g. cars and Uber, homes and Airbnb). Airbnb has been one of the most prominent platforms enabling millions of people worldwide to advertise their home and has become a staple of the tourism industry (Alizadeh et al., 2018).

The growth of short-term letting and use of platforms like Airbnb has raised concerns on the impact on housing markets. Researchers found a relationship between growing numbers of Airbnb listings and increasing rents in Boston (Horn and Merante, 2017). While in New York, researchers found a link between the growth in Airbnb listings, the loss of long-term housing and rising rents and house prices (Washchmuth and Weisler, 2018). London has seen similar increases in the number of Airbnb listings, with mounting concerns on the potential impact on the housing market. Some landlords in London and across England have previously reported they are moving properties onto this market for short-term letting (Simcock, 2017). Exacerbating concerns on availability of housing and leading to politicians and campaign groups to call for better enforcement and regulation to minimise any negative impacts.

These platforms now make it easier for private landlords to make more profit from short-term lets than long-term lets (Gurran and Phibbs, 2017), through what Waschmuth and Weisler (2018) term a technological rent-gap. Landlords can access a global customer base and charge higher rents without significant investment into the property. Usually, all that is needed is the purchase of additional furniture and bedding, and the need to either evict the current long-term tenant or wait until the property becomes vacant. Critics argue that rather than genuine home-sharing, these activities by landlords continue existing dynamics in the commodification of housing stock (Killick, 2015).

We only have a limited understanding of the extent to which letting on Airbnb in London is ‘professional’, rather than the ‘home-sharing’ initially envisaged by promoters of the sharing economy. This research seeks to address this gap by examining the trends in how Airbnb usage has changed over the past five years and to explore the extent to which hosts are genuine home-owners or professional actors (such as landlords, agencies, or property managers)1.

In 2014, before the deregulation2 of short-term lettings in London, there were 13,237 listings on Airbnb, of which 6,631 were entire apartment/home listings. My analysis has found over the past five years that there was a rapid growth in the popularity of using this platform to advertise properties. Between 2014 and 2019, there was just over a 500% increase in the number of listings, to 79,671 listings, and a 571% increase in entire homes/apartments being listed, to a total of 44,463. This growth, however, has not been equal over each year. Comparing annual figures indicates that there has been a post-deregulation boom in terms of listings, but a post-self-regulation3 slow-down with growth falling to 27% between 2017 and 2018, and then to 13% between 2018 and 2019.

These trends provide meaningful context around the growth of Airbnb, especially that there are now nearly 45,000 entire homes being let out on this platform in London, potentially at the expense of others looking for a long-term home. Therefore, it is critical to understand the extent the sector has become professionalised over genuine home-sharing. One indicator of professionalised letting is to examine the number of listings provided by hosts with more than one listing. These listings are termed as ‘multi-host’ listings and which are called ‘professional’ listings going forward.

In 2015, there were 13,054 hosts with properties in London on Airbnb, of which 2,150 hosts had more than one listing. These professional hosts provided 7,523 listings, equating to 16% of the hosts offering 41% of the listings. By 2019, there has been a substantial increase. Of the 51,176 hosts, 18% were professional hosts who offered 37,657 listings (47% of listings). This analysis tells us firstly that the number of professional listings grew by 400% since 2015. Secondly, the proportion of professional listings in the London market has increased from 41% to 47% of the sector.

This initial analysis shows a significant growth in Airbnb listings in London, a growing proportion of homes that are being let by ‘professionals’, and over half (56%) of these professional entire homes are available for more than 90 nights. Does this growth in professional hosting really embody the original ethos of the sharing economy and sharing excess capacity?

A further question is, are the platforms the problem? Yes, Airbnb until recently was perhaps less accepting of potential impacts on communities but, in London, they can be seen to be taking a positive approach with the self-regulation of the 90-night limit. It is, however, the actions of hosts and guests using these platforms that are causing issues; from late-night parties requiring riot police to companies ‘flipping’ properties from one platform to another to beat the self-regulation systems. Therefore, while Airbnb provides an opportunity to access a broader customer base and at higher rents, fundamentally it is the social acceptance of using housing stock as a form of wealth accumulation and the engagement in these practices where the problems lie.

There is potential for Airbnb and similar platforms to be positive for communities and businesses. Existing small holiday companies can reach a more extensive tourist base, and the platform could help travellers experience different parts of the world that are potentially inaccessible through conventional tourism infrastructure. These platforms also offer home-owners an opportunity to maximise their space on the short-term, so rather than leaving space empty as a society, we can share space better.

There are further questions we need to ask on this developing global phenomenon to further our understanding. However, what is becoming more apparent, with the financialisation of our housing stock continuing, the original ethos of the sharing economy is slipping away.

Alizadeh, T., et al., (2018). Towards Understanding the Social-Economic Patterns of Sharing Economy in Australia: An investigation of Airbnb Listings in Sydney and Melbourne Metropolitan Regions, Urban Policy and Research, 36(4), 445-463.

3In 2017, Airbnb announced they would introduce self-regulation of entire home/apartment listings and prevent them from being let for more than 90 nights per year on their platform without planning permission. This self-regulation acts as a counter and when listings reach the limit, properties are unable to be let out without evidence of planning permission being provided. However, a recent BBC investigation found that short-term letting companies were avoiding this self-regulation by creating new listings for the property or using multiple platforms to advertise and let the property above the 90-night limit.