Derek Logie reflects on policy developments which have supported community-led housing in the last 20 years, and what more needs to be done.
8 Sep 2021
30 for 30 Blog Series, Blog 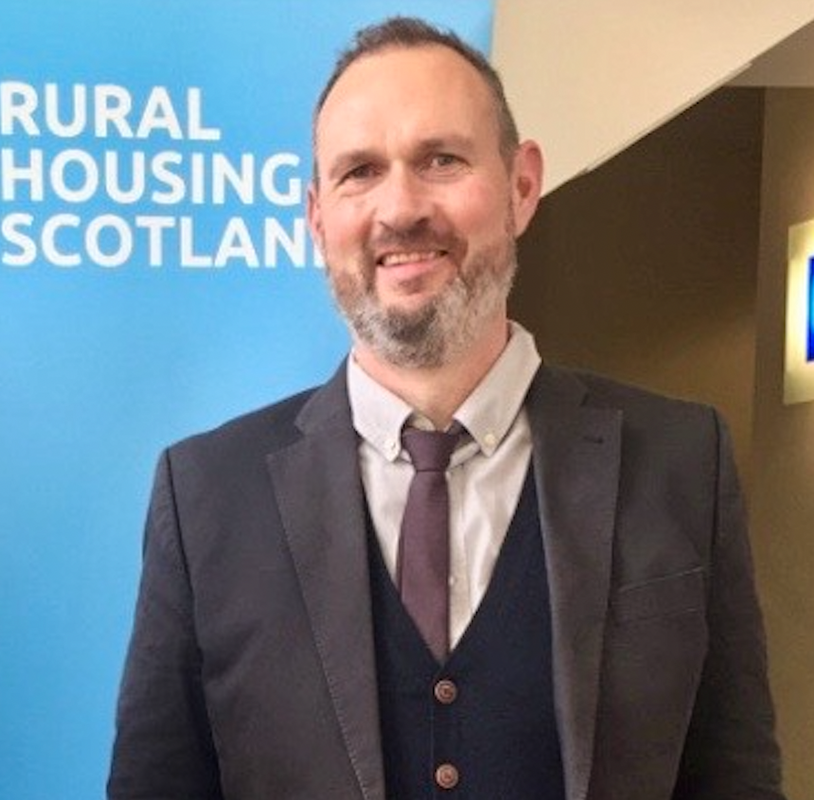 Chief Executive of Rural Housing Scotland, Derek Logie, has worked with rural communities across Scotland since 1996 to address local housing need and support the development of community-led housing projects. Here he reflects on the key policy developments and legislation which have supported community-led housing in the last 20 years, and considers what more needs to be done.

Land reform legislation and the creation of the Scottish Land Fund have been crucial for rural communities in the last 20 years. Community landownership has been a game changer in enabling the release of land for affordable housing. Where communities own land, they have been able to develop their own housing; release the land for housing association development; or choose to sell or gift plots of land to local people to build their own homes.

A 2014 Community Land Scotland report found that, since acquiring land, 11 community landowners had upgraded 151 houses; built 6 new homes themselves and a further 33 in partnership with others; released a total of 141 plots of land for housing development; and redeveloped 20 other estate buildings for a variety of uses. Since that report was written, many more communities have purchased land through the Scottish Land Fund and developed housing - although, for the majority, the land was purchased through a negotiated sale, not legislation.

In this respect, many of the land reform changes to empower communities have been effective as a context, rather than being instrumental in forcing the sale of land. This is perhaps due to the 2003 Community Right to Buy legislation not being what it says on the tin, but rather a right to register an interest in land and a right to buy should the land ever come up for sale.

Uptake of Community Right to Buy

For crofting communities, there is normally an absolute right to buy the crofting estate but, beyond crofting, an absolute community right to buy land has only emerged with the 2015 Community Empowerment Act. This gives communities the right to compulsorily purchase land which is abandoned, neglected, or is detrimental to the environmental wellbeing of the community. Similarly, the Land Reform Act 2016 allows communities to apply to the Scottish Government for the right to buy land for further sustainable development - including affordable housing.

The main issue that all of these community rights lack is fiscal teeth. Although some can force a sale - this is a sale at market value - communities have spent millions securing land being sold by wealthy individuals. Recent examples include £4.4M for the Isle of Ulva and £3.8M for Langholm Moor. The Scottish Land Fund has just £10M per year to fund these community land acquisitions, which doesn't go far across the whole of urban and rural Scotland. Crofting community buy-outs have much lower purchase prices as crofting tenure deflates land value - at Pairc on Lewis, the community bought the 28,000-acre estate for £500,000 - the same size and quality of land at Langholm would have cost £20.5M.

Land reformer, Andy Wightman, has suggested that the valuation of land should be based on the investment or economic value of land, not its market value. This would mean vast moorlands and empty islands would be valued much lower than their current inflated prices, but it wouldn’t help communities wanting to buy land or buildings for housing. In these circumstances, other tools are needed to restrain valuations, including control areas to limit the number of second homes; occupancy restrictions to limit who can purchase homes; planning for affordable homes but not holiday homes; and community right to buy housing for sale.

It is also crucial to note that empowering doesn’t only mean giving communities the tools for change, it also means telling them these tools exist, highlighting what they could do with these tools and showing them how to use them. It also means building the capacity of communities; enabling them to plan how to undertake an activity and generating confidence that community ownership will improve their community.

Where there is no enabling work undertaken, the communities that will take advantage of the opportunities will be those that have already done it, who are motivated, with high-capacity individuals, with time to invest, living in their midst. Thus, the funding that accompanies legislation will keep being spent by the same communities, rather than strategically in those that need it most.

Sharing experiences and knowledge between communities is an important tool, whereby one community can demonstrate to another that they can do it too. I remember a community member from Gigha returning from a visit to Eigg full of confidence that if the folk on Eigg could make a go of it - the Gigha community certainly could.

The Role of Rural Housing Enablers

Rural Housing Scotland informs communities of the opportunities to address their housing need and supports them in developing local solutions. We help them understand the housing need in their areas and how to go about tackling it, whether that is by themselves or working with a housing association or council. We aim to give communities confidence to take forward their ideas and solutions to local housing need, to help them work through the feasibility of their plans and to find land to enable development and to identify and support funding applications.

At a national level, we bring communities together to learn from each other, share experiences and discover new opportunities, through our Annual Conference, the Rural Housing Summit and Community Learning Exchanges.

However, there remains significant obstacles restricting rural communities from reaching their potential. Support is required from local authorities, housing associations and the Scottish Government - including a realisation that housing development is difficult and community-led development is mostly being pursued by volunteers, who need assistance not bureaucracy.

Organisations like Rural Housing Scotland need funding to keep supporting communities whilst development finance is needed for communities. Finally, the ability to secure land at the right price and in the right place is vital. If communities are being empowered, they will have been enabled. However, we must ensure that these gaps in legislation are filled, to allow communities to take advantage of the support on offer, and ultimately, reverse depopulation.