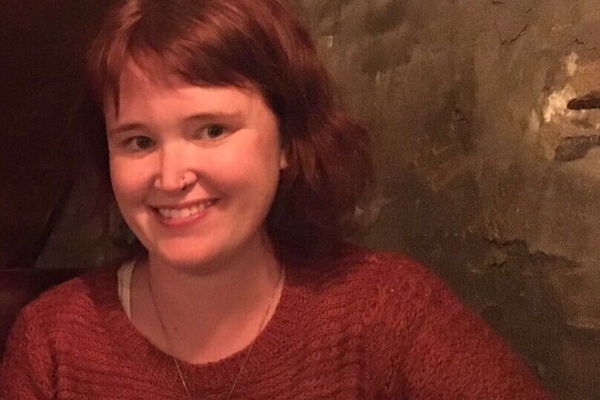 Rachel Creaney, the new Communications Assistant for the HSA, outlines her PhD research which she is undertaking at the Centre for Housing Research at the University of St Andrews. Rachel will be presenting her work at the HSA 2019 conference in April.

These homes are a potential solution to the ‘demographic timebomb’[1] in which health and social care services are overburdened as people are living longer, having fewer children and developing more chronic conditions. Simultaneously, the healthcare enablement agenda has promoted a greater role for patient decision-making and autonomy. This coincides with a move from collective to asset-based welfare regimes with the ‘devolution of autonomy and responsibility from the state to active citizens’[2].

Although these homes are mainly in the prototype or conceptual stage, there are a few examples in Scotland such as Homes utilising CleverCogs (developed by Blackwood) and Fit Homes (developed by Albyn Housing and NHS Housing). My PhD research explores the connections between Health Smart Homes and the wellbeing of their older rural residents within Scotland. I have identified several ideas to explore further through data collection this year.

Who is behind the demand for Health Smart Homes?

Health Smart Homes are promoted as empowering for their residents. The narrative around ageing-in-place recognises several benefits of continued home-living such as maintaining social relations, independence and autonomy. Whilst alternatives to ageing-in-place (e.g. institutionalised care) are increasingly recognised as disempowering for older people, and thus stigmatising older people who cannot or do not want to age at home.

If the development of these homes is in response to user demand there needs to be greater user involvement at the design phase, and around the potential social implications. Technology is often developed for the average user. This can lead to an imbalance between the actual and perceived needs of older people within digital agendas as they can be used to simply legitimize digital development, irrespective of the desired need from older people themselves.

Language as a powerful and persuasive tool

Technology can configure users in a certain way, such as to create social change. The promotion of Health Smart Homes highlights the importance of the role of language used to discuss older people. For instance, the ways in which older people are discussed in the media and policy impacts how they are considered within wider society. As Foucault[3] would argue, the most powerful individuals are those with the greatest knowledge, as they can shape and control the language used within society. Any misuse of language can be used to exert and maintain power. Many of the frameworks and narratives used to discuss ageing are tied to capitalist ideals whereby you either succeed or fail at ageing. For instance, terms such as aged, frailty, and those concerning anti-ageing products promotes old age as something to fear or pity. These frameworks also emphasise the individual responsibility of patients to take control of their own ageing. But this idea could potentially provide physicians with a club to beat unsuccessfully ageing patients (e.g. those who have high blood pressure but have not exercised enough).

What makes a (Health Smart) House a Home?

The narrative behind Health Smart Homes make several assumptions regarding the idea of ‘home’. It assumes that older people will continue to feel ‘at home’ in their new homes and communities, even though living in a Health Smart Home could require a move to a new house. Retrofitting existing homes may be possible in the future but this is tricky as generally the physical spaces in houses are currently designed around healthy and unimpaired bodies. Furthermore, the home, as a site of safety and refuge, may be redefined after the inclusion of healthcare technology in the home, as a site of pain and scrutiny. The user (dis)empowerment from living in a Health Smart Home is not static and this connection warrants further study, especially when these homes promote independent, rather than a relational or interdependent way of living.

Inclusion of healthcare at home can blur the boundaries between the home and body as the two become increasingly intertwined (e.g. by using technology such as GPS and blood pressure monitors). Thus, the home is being transformed from a private to a more public space. Residents become more visible on the one hand (through continuous vitals monitoring) and less visible on the other (through fewer in-person healthcare visits). Furthermore, this technology may alter the routines of its inhabitants (e.g. fewer physical visits to the GP and the impacts of automatic lighting).

Health Smart Homes are likely to play an important role in future housing and healthcare provision. Thus, it is important to ensure they are developed in a person-centred way, rather than from the perspectives of technology companies or healthcare services. Greater recognition of the role of user (dis)empowerment and wellbeing is needed to ensure these homes are accepted within society. (Dis)empowerment will emerge in relation to the: sense of home created by Health Smart Homes; normative ways in which older people are considered within society; extent to which individuals are considered responsible for their own healthcare, and; extent to which Smart Health Technology assists rather than replaces in-person healthcare services, to promote ageing in the right place.